Discussion between Chris and me today as to the next steps for Liquid Space:

User chooses to add a data source/seed (they can also simply paste this onto the workspace). This dialog appears. Visual change: For the seed dialog #dbd0bd and #a89e8a and use the term: ‘Connect to Data Source’

When the user clicks Connect this appears:

When user clicks on a lozenge in the step above, the data source turns into an icon. Mouse over or otherwise interact to make this icon show the information again. When lozenges are clicked on/interacted onto the ‘desktop’ they will appear ‘faded’ or missing here:

User can now choose to delete the Southampton seed or not. The user can also in the future click/interact with ‘Categories’ (heading) to see options to show what spawned it/what seed it came from, which may or may not be visible. 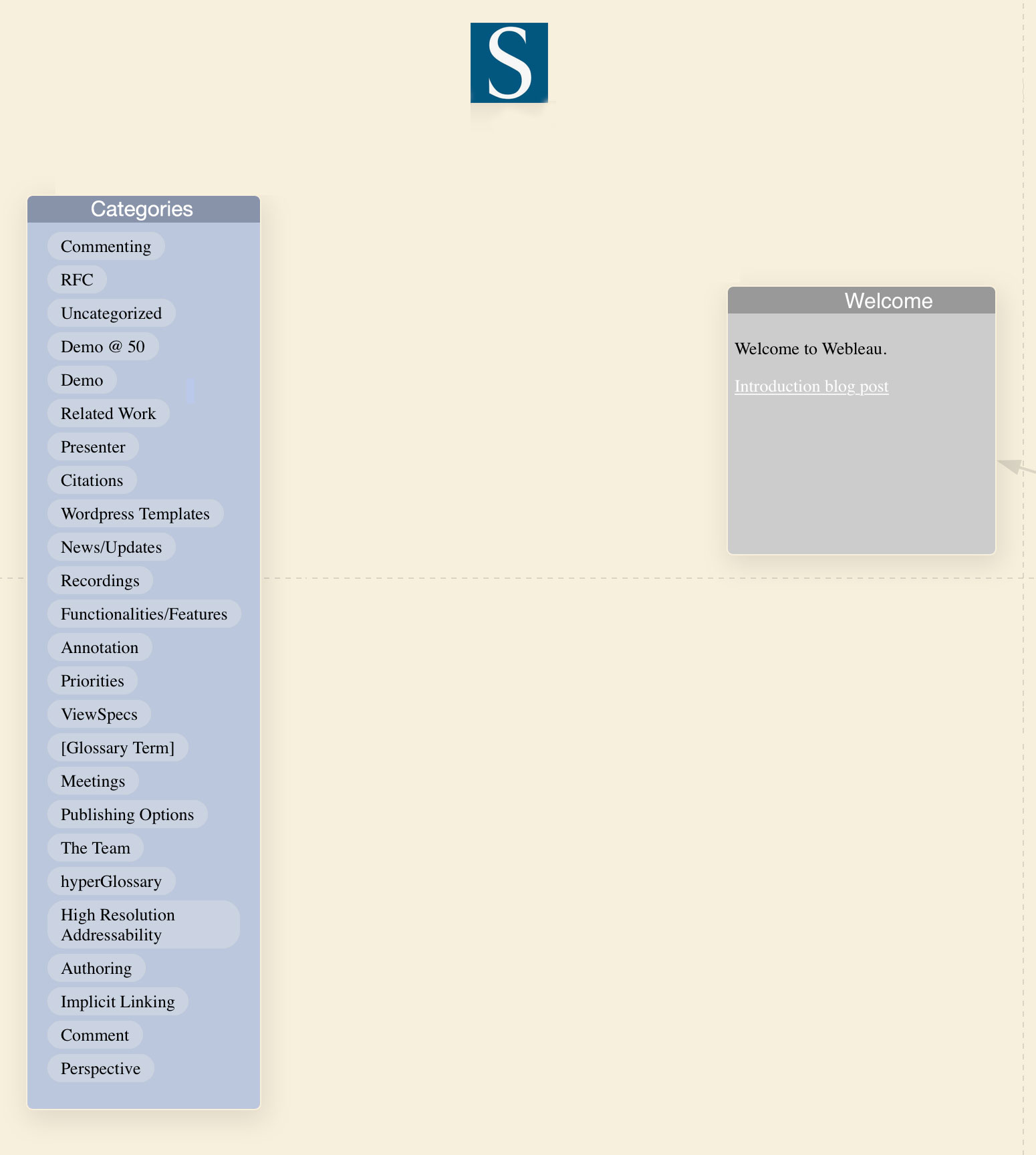 When a Category (as in this example) is clicked on/opened, then it will appear as fades/missing/indented in the list, the opposite of a highlight. This is important since thee are only instance of any node, so the missing node visual will appear in any set that shows it.

When you shut a node it will revert to normal view in any and all sets.

For reference to when the user comes to a set which lists nodes, not more sets, they are grey, to indicate they will open as grey boxes: 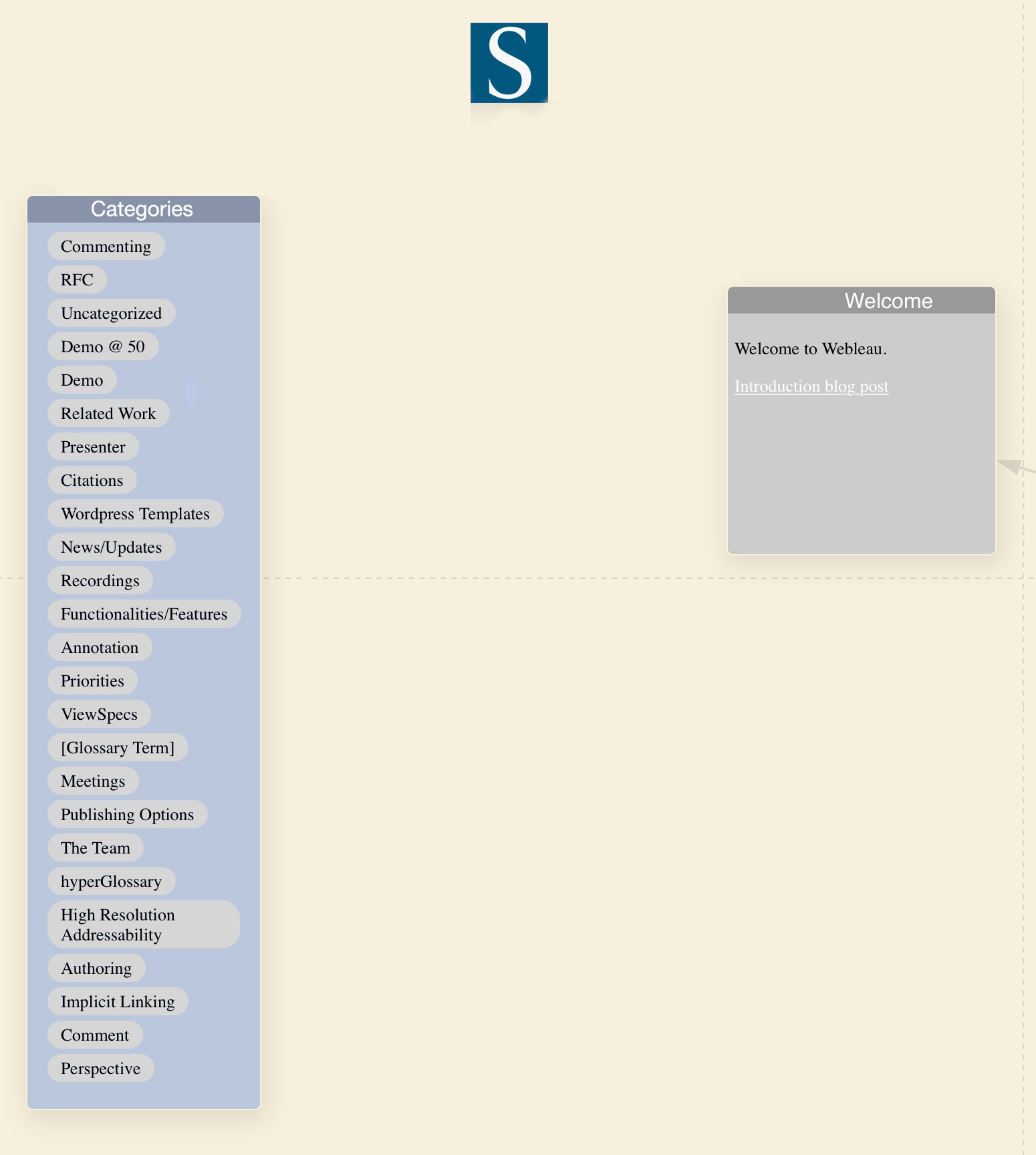 We need to have ways to indicate what relationships are. 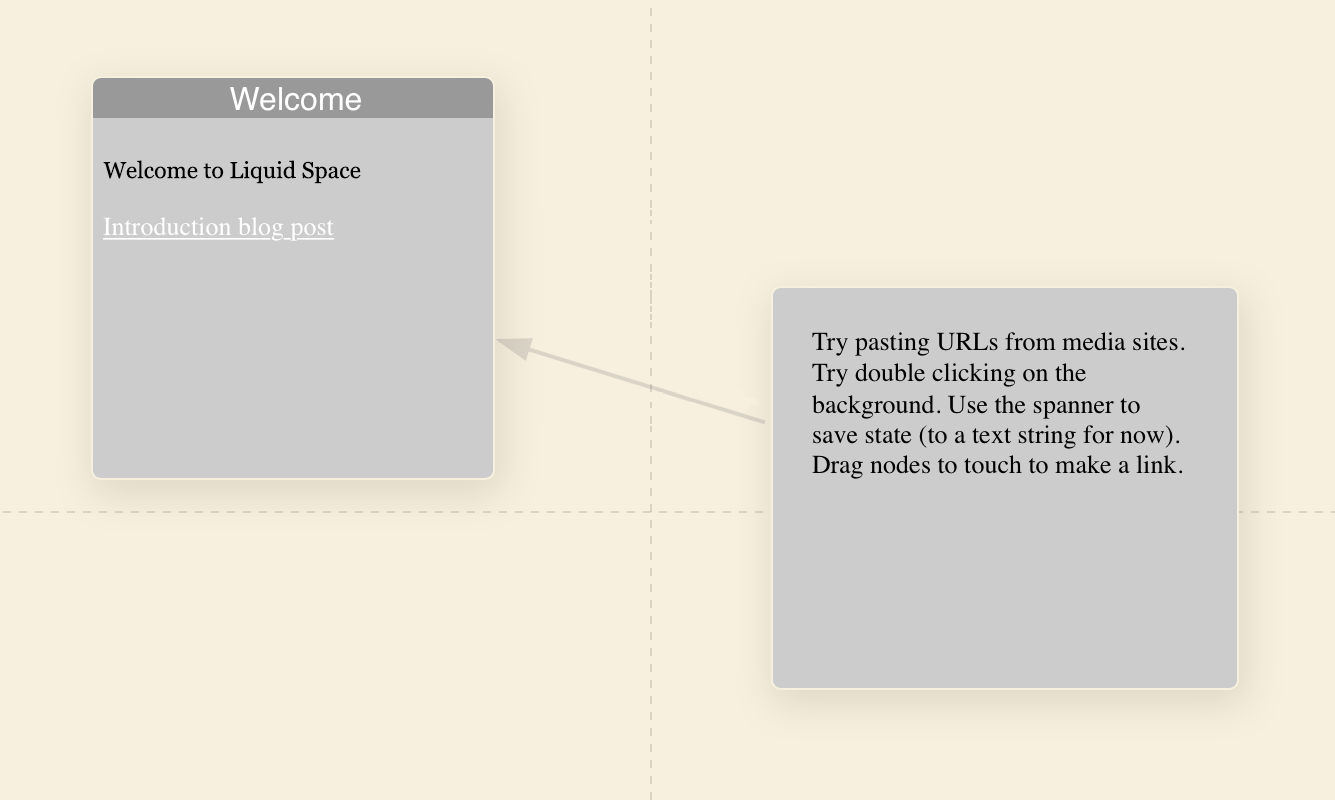